I’ve heard many people (myself included) joke that the best solution to a problem is to do a “FORMAT C:”

Growing up in the around computers, it was one of the most feared commands I could think of typing.

Armed with the benefit of a Windows XP Virtual PC image, I thought I’d actually confront my childhood fear: 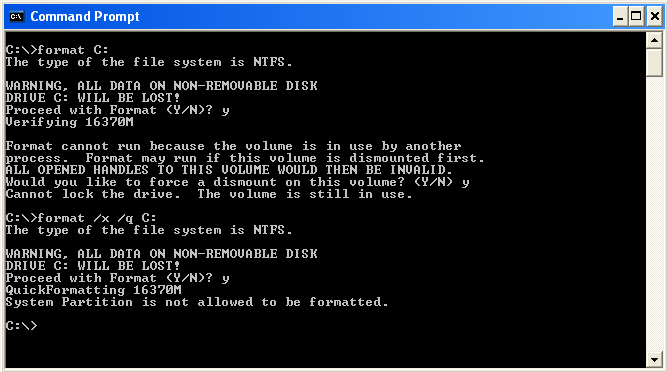 What a let down! It won’t even let you do it. I even tried a forced quick format.

UPDATE: Check out Jonathan’s post where he was much more persistent in his attempt.