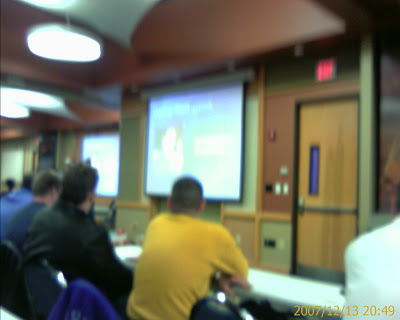 This post is coming to you live from IndyNDA’s Visual Studio 2008 InstallFest.

I have been coming to IndyNDA for about 18 months and this is by far the largest turnout (outside of Indy Tech Fest). It’s amazing what giving away tons of stuff for free will do to the crowd size. I had a good time listening to what other people have been doing with Visual Studio 2008 and the 3.5 framework that came out last month. In addition, I hope the turnout to this event will continue to encourage Microsoft that Indy is capable of hosting a TechEd or maybe a PDC once our updated convention center is up running at its new capacity.

I was shocked and humbled to win the demo award with around 36 votes. I won a Zune! Thanks Dave! In addition, I also won a raffle prize of a brand new Microsoft Press Best Practices book on defect prevention. 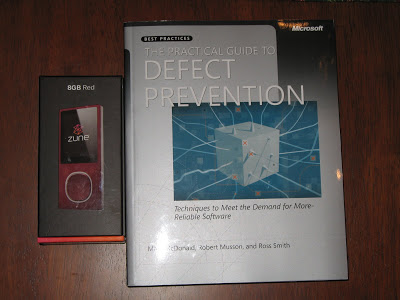 P.S. Afterwards, I watched Dan and Aaron play Guitar Hero on the XBox 360 for a little bit: 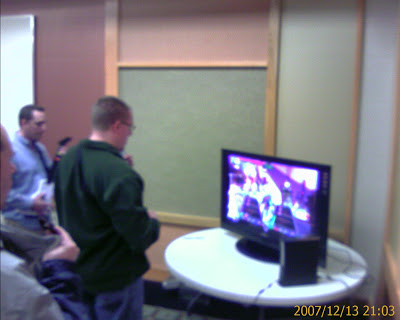 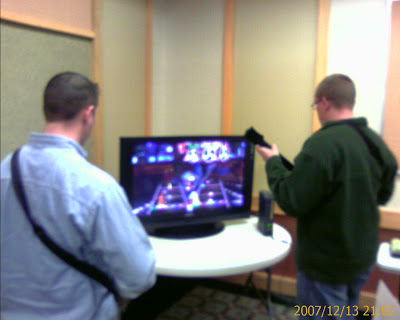 I don’t think I have the hand-eye coordination for that one.